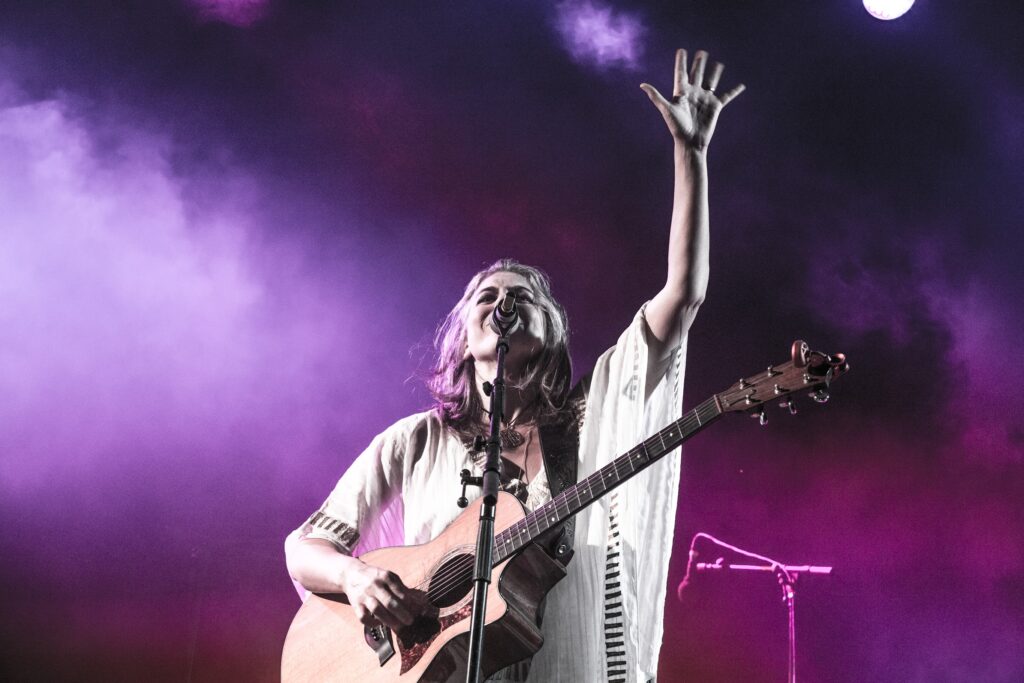 JArts presents a very special Israel Independence Day concert of songs of peace by popular Israeli singer Yael Deckelbaum and the Mothers, a multi-ethnic band of Israeli and American women with special guest, Shelley Thomas, Grammy winning singer from Yo Yo Ma’s Silk Road Project. This project was inspired by Yael’s involvement in Women Wage Peace, a broad, politically unaffiliated movement, which brings together women from across the religious/secular divide, the left/right split and the Jewish/Arab barrier to advocate for a non-violent, respectful, and mutually accepted solution to the Israeli-Palestinian conflict. The Boston Children’s Chorus will make a special appearance at the concert.

Yael, founding member  of the legendary trio Habanot Nechama, is an award-winning  Israeli/Canadian singer-songwriter and activist in the mold of Joan Baez. Her song “Prayer of The Mothers” became the anthem of the  March of Hope – a group of 4,000 Palestinian and Israeli women who  marched through the desert in a call for peace. A music video of this  historic moment went viral with over 4 million views – and now you can  see them perform “Prayer of the Mothers” and more live.

With his term as Consul General of Israel to New England expiring soon, join JArts, and many other local cultural organizations, in a pre-concert reception in honor of, and  in thanks to, Yehuda Yaakov. Since arriving in Boston,  Yehuda has been a strong advocate for the role the arts can play in building appreciation and understanding of  contemporary Israeli life. Join us before the concert as we recognize and toast this ardent supporter of the arts.

Conversation on Art, Optimism and Israel with Yael and Consul General Yehuda Yaakov

Immediately following the performance, Israeli Consul General Yehuda Yaakov will be joining Yael for a discussion on the role of the arts in  optimism in Israel.

This event is made possible by the generous support of the Michael B. Rukin Charitable Foundation.

*$125 reception includes a pre-show dinner reception starting at 6:00pm in honor of Consul General Yehuda Yaakov, as well as premium reserved seating for the concert and post-concert conversation.

Michael B. Rukin (z”l), entrepreneur, philanthropist, esteemed  Jewish leader, an activist for Israel and great supporter of art  and music. The evening is made possible by the kind  generosity of the Michael B. Rukin Charitable Foundation.

Ample parking is available on the Regis College campus. Please use spaces marked for "Visitors".
Directions