Tribute to Leonard Cohen with David Broza and Friends

In Memory of Michael B. Rukin 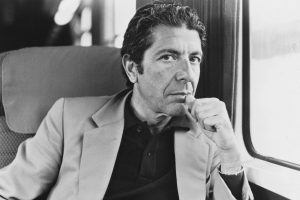 Superstar David Broza, who has been called the Israeli Leonard Cohen, will pay tribute to the late, great Cohen through story and song. Cohen, known for his sharing his spiritual influence on the world through his work, had a strong relationship with Israel. This online event, presented in partnership with the Contemporary Jewish Museum, will shed light on Cohen’s life and music. 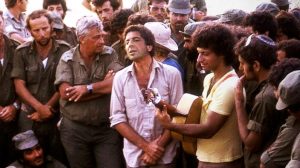 Leonard Cohen, center, performing with Israeli singer Matti Caspi, on guitar, for Ariel Sharon, with arms crossed, and other Israeli troops in the Sinai in 1973. (Courtesy of Maariv via JTA)