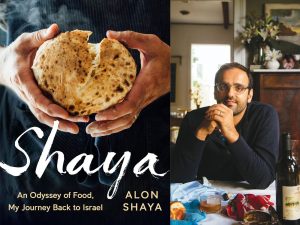 Light appetizers prepared by Avi Shemtov of Simcha and The Chubby Chickpea to follow the conversation.

A partnership between WBUR CitySpace and JArts.

Insiders tip: Watch the episode of Somebody Feed Phil featuring Alon to get a taste before the event!

Parking is available under Agganis Arena. There may be limited metered street parking. WBUR City Space is a 1 minute walk from the St. Paul stop on the Green B line. Note: this is the day of BU's Commencement - if it is possible for you to take public transportation, please do so.
Directions