How do you STAND UP for what you believe in?

Brighter  Ignited is an illuminated and travelling art exhibit that actively encourages people to engage, connect, and play. Designed by artist Tova Speter and built by craftsman Manny Hutter, this super-sized interactive light display is touring Greater Boston throughout December 2022 with extra tour dates in January and February 2023, featuring illuminated artwork by hundreds of participants from various local communities.

When there is something you are passionate about, dedicated to, and ready to stand up for — how do you ignite action?

Inspired by the courage of the Maccabees in the story of Hanukkah,  Brighter  Ignited  activates the light
from the community and encourages us to explore how we can stand up for what we believe in.

BRIGHTER IGNITED IS RETURNING IN 2023!

Tova Speter is a local artist, art therapist, art educator, and arts consultant based in Needham. All of her work is based on her belief that engaging in art-making is inherently therapeutic and formative. Tova has worked in the intersection of arts and the Jewish experience for the past 20 years, facilitating meaningful Jewish art experiences and working as a consultant helping organizations infuse more arts-based experiences into their programming.

Manny Hutter is a Builder, Designer, and Teacher originally from Newton, Massachusetts. He gained his skill in carpentry through the vocational program at Newton North High School in Newton, MA, along with working for multiple carpentry companies. During his Junior year of high school Manny founded Herculean Woodworks. His projects include Pergolas, Sheds, Garden Beds, Portable Torah Arks, Furniture, and most notably, JArts’ ‘Brighter Revealed,’ a Traveling Holiday Lantern which was featured in the Boston Globe. In his senior year, he was awarded Career Vocational Technical Education Student of The Year along with the Golden Hammer Award for his excellence and leadership in his field. Since graduating Manny has relocated to Shelburne and has immersed himself in the community.

MORE FROM THE BRIGHTER SERIES 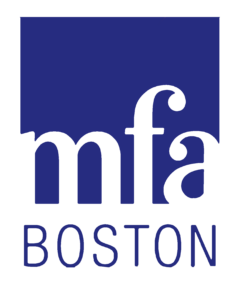