Kitchen Explorations is a series that reveals and celebrates the diversity of the Jewish experience through food. Join Chef Michael Leviton as he reimagines family recipes from across the Jewish world.

In this installment, Chef Leviton talks to Marcia Weiss about her grandmother Mary Gabay’s Passover minas, Turkish Passover treats that resemble matzo empanadas. The 30-minute segment will feature the story and history behind minas and the Gabay Family.

Michael Leviton has worked on both the East and West Coasts with some of the world’s top chefs including: Joyce Goldstein at Square One, Alain Rondelli at Ernie’s, Gilbert Le Coze, Francois Payard, and Eric Ripert at  Le Bernadin, Elka Gilmore at Liberté and Elka, and Daniel Boulud at Le Cirque. In 1996, Leviton moved back to Boston to serve as executive chef at UpStairs at the Pudding. In February 1999, he opened Lumière in his hometown of Newton, MA. In just a short period of time, Lumière has become one of the best restaurants in the Boston area. Leviton’s culinary artistry has won him praise from many of the giants in the culinary world as well as numerous awards including “Best New Chefs in America” in 2000 from Food & Wine, The Saveur  100 in 2002, and numerous “Best of Boston Awards” from Boston Magazine. Leviton opened his more casual Area Four in Cambridge in summer 2011.

“As a professional chef, it’s not very often that home cooks will cook for me.

It is too intimidating, they say. I get it. Really. Even my lovely wife does not cook for me. When we got this recipe for Turkish  Minas, which were explained to me as basically bourekas with matzo, I was immediately intrigued. While the minas de espinaca actually seems more like spanakopita with matzo, like so many other dishes, this represents the complex evolution and expression of the Jewish people and our food and is exactly what Kitchen Explorations is all about.

What could be more interesting or more delicious?”

Kitchen Explorations was created in 2017 in an effort to enliven the stories held by old family recipes. Since then, the series has investigated Boston’s Jewish roots through deli, hosted a conversation with WBUR host Shira Springer about the history of Jewish food in the area, and held many sold-out food walking tours. 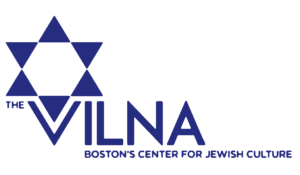 You Will Not Play Wagner In-Person Screenings

ALL OF THE CULTURE
WITH NONE OF THE GUILT.